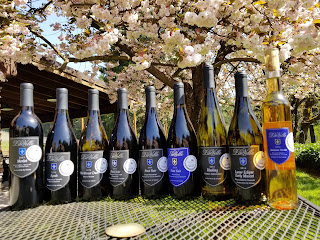 I'm super excited and very proud to announce that NINE of our wines received awards at the 2018 Savor NW Wine Competition! Our highest achiever was our 2016 Barrel Fermented Riesling with a Best in Class (Riesling Class) award. Next highest award was our 2016 Lunar Eclipse Early Muscat garnering a Double Gold (Other White Varietal Class)! We had an additional seven wines that took Silver medals in the competition:


The 2014 Autumn Nectar has won multiple awards including a Best in Class (Desert Wine Class) at the 2017 Sip NW Wine Awards. The blue label (pictured above) 2014 Ava's Gaze Pinot Noir also won a Judge's Pick award in that competition. When we win extensively at competitions like this one I always think about our winemaking team. The team during the 2012-14 vintages were headed up by Nick Manwill and AJ Fisher. During 2015-16 vintages Sarah Tunnell and her team help us craft these very special wines. We have some additional exciting 2015 and 2016 wines coming your way over the next couple of years that include our first ever Tempranillo made from grapes grown in the Umpqua Valley South of Eugene.

Fawn Black, our Best in Class Wine Club Manager/Social Media Guru/Special Events Coordinator, and I have just decided that these wines are so special that we're going to spend the next several months promoting them through a wine sale. We'll be highlighting a couple of these wines each month and selling them at a special discounted rate for regular customers and our wine club members. 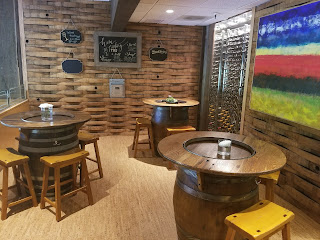 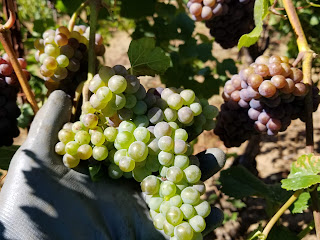